Martial arts was a life changer for Oakey 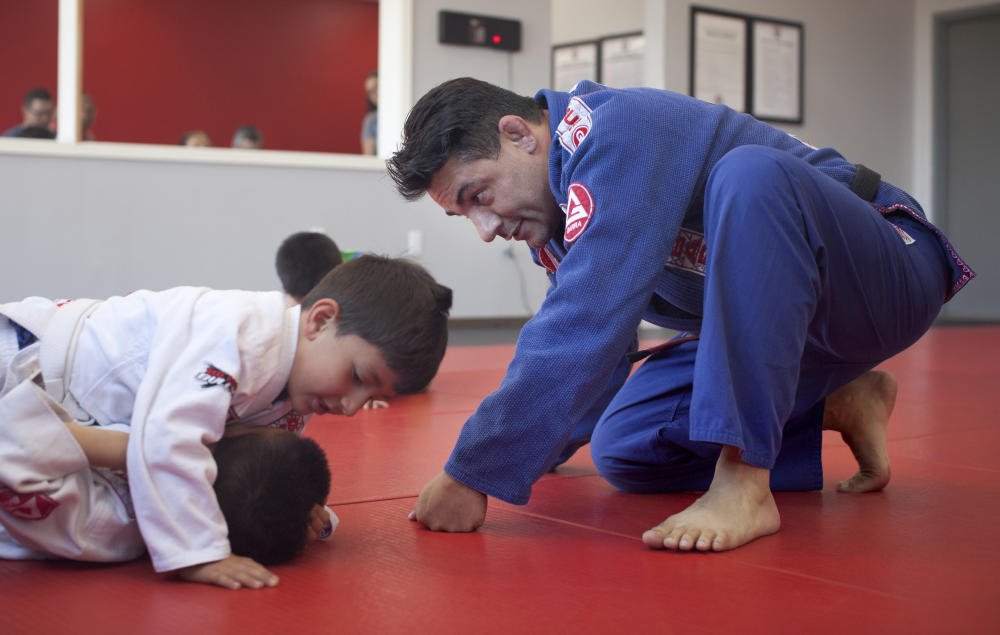 Adam Oakey was a portrait of  The Angry Young Man. He grew up without a father, raised – well, sometimes – by a mother, orphaned at the age of 12, with anger issues of her own. Half Hispanic, but with an Anglo last name, young Adam didn’t seem to fit in anywhere. Or, at least, that’s how he felt. When challenged, he often responded with flying fists. He was all too good at it. “I would fight,” the Brazilian jiujitsu black belt and former MMA fighter says, “because in Albuquerque you just don’t back down. So, I got that don’t-back-down attitude.”

So, then. Martial arts to the rescue? First to the dojo, then to the straight and narrow? Just like that? Is this our story?

Yes and no. Yes, in that for Oakey, now a 37-year-old UNM law student, a husband and the father of four, martial arts truly was a life changer.

But no, change doesn’t always happen overnight. And change isn’t always good, unless one makes it so. “I got thrown into martial arts, and in a sense it helped me in a lot of ways,” Oakey says. “But, in a sense, it kind of gave me, maybe, some power that I used a little too much.”

The martial arts are not meant to be used outside the dojo or competitive venues. Oakey, when his simmering anger turned to rage, didn’t always follow the rules.

His history in New Mexico’s court system is the stuff of nightmares. Between 1997 and 2007, Oakey was arrested six times on charges of assault or battery.

“It wasn’t a case of ‘just one time, he got in trouble and he turned it around,’” he says. “It was a life I was involved in, that getting in trouble was nothing. It was a part of life.”

The martial arts remained a part of his life as well. 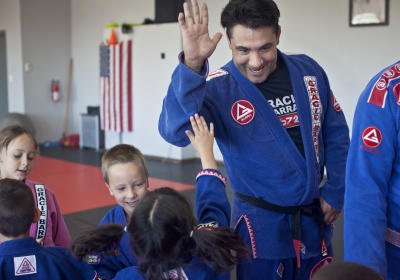 A student of karate as a kid, Oakey was a wrestler at Del Norte High School. Later – he didn’t graduate but eventually earned his GED – he wound up at Greg Jackson’s “Gaidojutsu” school of submission wrestling. This was in the unregulated, anything-goes early days of mixed martial arts.

“I took my first fight when I was 18 years old,” Oakey says. “It was a 30-minute fight, there were no weight classes, and it was the first cage fight ever in Arizona’s history.

“I won that fight, and it went all the way to the end. It was brutal.”

Brutal, as well, continued to be an accurate description of Oakey’s life outside the gym. Heavy drinking had entered the picture.

In 2003, Oakey was sent by court order to a treatment center in the Los Angeles area. Permitted to continue his martial arts outside the center, he got his first exposure to Brazilian jiujitsu at a nearby Gracie Barra school.

“I trained with Helio Gracie, Royce Gracie, Rickson Gracie, all those guys,” he says.

Graditude in the Criminal Defense

He is nevertheless grateful, he says, that those in the legal system – defense attorneys, judges, probation officers, even prosecutors – never gave up on him.

A particular debt of gratitude goes to his aunt, Albuquerque attorney Katherine Oakey. Her name appears on several of her nephew’s court dockets as the person who bailed him out of jail. But, he says, she bailed him out in more ways than one – taking care of him as a kid when his mother could not. Anger-management counseling, he says, helped him understand himself better. “Living an angry life is really, really tiring,” he says. “It’s a horrible life.

“But the root emotion under anger is sadness. I’ve worked on that.”

Oakey enrolled at UNM because the courts required him to go to school or get a job. Somewhat to his surprise, he found he enjoyed learning. Fighting, he discovered, wasn’t the only thing at which he could excel.

His relationship with the martial arts, meanwhile, became complicated.

“Martial arts, Brazilian jiujitsu and the philosophical aspects of martial arts, I still love and I put my kids in it,” he says. “But when it comes to mixed martial arts and actual fighting in the cage, that to me is a little bit different.

“When I went and fought in the cage, I was actually thinking of my (childhood anger), and that’s the kind of stuff I had to get away from.”

In February 2009, Oakey brought a 5-1 record into the cage against fellow New Mexican Mano Otero on an MMA card at the Albuquerque Convention Center. An impressive victory, he thought, might get him signed with a major circuit and attract the attention of the UFC. Yet, he remained aware that fighting tended to bring out the worst in him.

Oakey dominated the first round but aggravated a pre-existing shoulder injury in the process. He chose not to come out for the second, the importance of the fight notwithstanding. 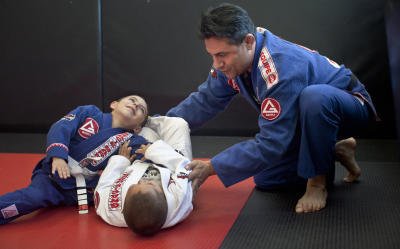 “That was the turning point,” he said. “… When I didn’t continue, I knew that wasn’t the old me.

Even so, the defeat was a crushing blow. Losing a fight, he says, had always plunged him into depression. In MMA, everyone loses eventually. Those who can’t deal with defeat don’t last long.

That August at the Santa Ana Star Center, Oakey fought one last time – defeating Jeff Horlacher by first-round guillotine choke. Then, he walked away, focused on building a life with his wife, Christina, and their burgeoning family.

“Criminal defense is definitely something I’m interested in,” he says, “but I’m open to other areas of law.”

He occasionally teaches at Gracie Barra on Albuquerque’s West Side, where oldest daughter Kennedy is a student.

Oakey chooses to share his story, he says, in hopes he can help others avoid his painful, zig-zag past. Mostly, though, it’s for Kennedy and her siblings.

“It’s about education and school,” he said, “and if they end up being athletes, we can look into that.

“But the professional thing is paying it forward with my family and society. Plain and simple.”

Let the Alberqurque  lawyers at the law office of Adam Oakey start fighting for you today by clicking HERE.

THE OFFICE OF ADAM OAKEY IS ALWAYS AVAILABLE TO HELP YOU WITH YOUR LEGAL QUESTION.